If you pay any attention to movie news at all, you no doubt were aware earlier this week when Disney announced that Episode 7 of their shiny new Star Wars franchise would be directed by none other than Star Trek rebooter J.J. Abrams. And the internet went berserk, because that’s what the internet does. People who loved the new Star Trek loved the idea. People who hated the new Star Trek hated the idea. People who hated the ending of Lost hated the idea (even though Abrams’s contributions to that show ended some time in the first season when he got caught up in moviemaking). People who loved Fringe were too busy watching the last episode of that series over and over to notice that anything else was going on. But by the time the dust had settled, pretty much everybody had an opinion. As I created this blog specifically to have a place to pontificate about movies, I thought I’d share my opinion here.

I’m cool with it.

Okay, that’s the short version. Let me talk a little bit about why I’m cool with it. The problem with this sort of speculation is that nothing made by a Hollywood studio is the result of a single auteur vision, and that makes it incredibly difficult to predict how any creator will fit a project by basing your opinion on their earlier projects — producer notes, diva actor notes, studio interference, budgetary concerns and any other number of things can and will affect any movie, and even when you have an unmitigated cinematic disaster it had be hard to accurately place blame. (Take George Clooney’s willingness to accept blame for the fiasco that was Batman and Robin. I still think Clooney, at that age, could have played a decent Bruce Wayne, but he was saddled with a terrible script, a terrible director, terrible casting for his co-stars and a studio that made them keep adding idiotic nonsense so they could produce Happy Meal toys.) That said, there’s really nothing else we can base our judgment on, so flawed or not, I’m going to look at Abrams’s previous filmography to explain why giving him this job gives me hope for a good Episode 7.

First and foremost, I trust Abrams as an idea man. True, he’s directing this film, but that doesn’t mean he won’t keep his finger in the story — I’d be shocked if he didn’t. He has relatively few movies to his credit as a director (the two Star Trek films, Mission: Impossible III and his own Super 8, which we’ll talk more about in a minute), but he had a hand in creating or producing lots of quality television. Besides the aforementioned Lost and Fringe, he was also behind NBC’s Revolution, the Jennifer Garner launch vehicle Alias, the hit Person of Interest, and the underrated (and sadly cancelled) Alcatraz. In film, besides the movies he’s directed himself, he helped conceive Cloverfield (a film I’m a big fan of). And let’s not forget his greatest success… Felicity.

(No, I’ve never seen an episode of Felicity.) 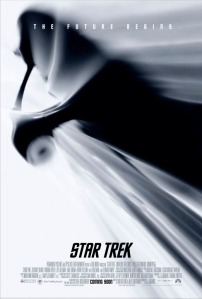 Since Star Trek is what everybody is focusing on, though, let’s talk about that for a moment. In 2009, let’s be honest here, Star Trek was dead. The underwhelming Star Trek: Nemesis had frozen any plans to continue with the movie series and, although Enterprise was an okay TV series, it wasn’t nearly good enough to wash from people’s mouths the effluvia of Star Trek: Voyager, the low point of the franchise. I was a huge Trek fan growing up, I loved the movies, I loved The Next Generation, and I especially loved Deep Space Nine (which I still contend, in terms of writing, is the best of the various Star Trek TV shows). But at that point, I honestly didn’t care if we ever saw another Star Trek property.

He rebooted the franchise in a way that preserved the original (by creating an alternate timeline in which his series will take place), and from there, he ran wild. I’ll grant you, not everything in the reboot meshes with the original — the technology and physics of it doesn’t fit at all. As many of my more green-blooded Trekker friends constantly remind me, in the original timeline it was explicitly stated that starships were built in space because they couldn’t be constructed and launched on Earth, as they are in the reboot. And yes, Tyler Perry was in it, and was somehow the only thing not covered by a lens flare. But despite all that, the film was fun. It was full of more energy and excitement than I’d felt from Trek in years. Older Trek, the really good older Trek at least, was admittedly a more cerebral sort of thing, full of allegory and depth, whereas Abrams took the approach of “let’s blow up a damn planet”. But Abrams had a different task than the earlier films — he had to present a version of Star Trek that presented the sort of enormous cinematic landscape viewers were now demanding (thanks to films like Lord of the Rings) and won over an audience that previously was uninterested in Trek. He couldn’t just make a movie to appeal to existing Trek fans, because as the Enterprise ratings had already proven, there weren’t enough left to sustain the franchise.

Now there are, and now I’m very excited for Star Trek Into Darkness as a result.

But Trek, honestly, is not the reason I’m particularly interested in seeing what Abrams does with Star Wars. For that, my attention turns to the film he wrote and directed between Trek outings: the Steven Spielberg production Super 8. 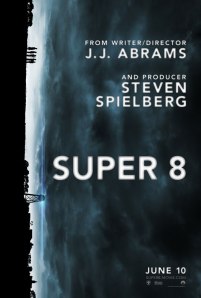 If you grew up in the 80s and you haven’t seen Super 8, you’ve made a mistake. Even though the film is set in 1979, it’s a love letter to the sort of movies we grew up with. The slow burn of the alien threat has shades of Close Encounters of the Third Kind and E.T., but even more important than that, the interaction of the kids feels like this could have been a sequel to Goonies or Explorers. The kids in this movie are so perfectly cast and so genuine in their dialogue and interactions with one another that you could easily believe that they’d been friends their entire lives instead of pulled together by a casting director. It’s the kind of movie people my age watched when we were the age of the kids in the movies. Abrams proved with this film that he understands that era of moviemaking perfectly.

And when, my friends, was Star Wars truly great?

If Abrams can bring his 80s sensibility together with his 21st century visual skill and ability to create amazing action pieces, the new Star Wars has the potential to eclipse the prequel trilogy. (I know, I’m not setting the bar particularly high there, but still.) I’m not saying that the movie will be great, I’m saying that Disney has given it the first ingredient it needs to be great. (Well, second — getting Toy Story 3 screenwriter Michael Arndt on board was the first ingredient.) It’s still up to Abrams to gather the rest of the ingredients and put them together properly, and he may yet fail. But damned if I’m not willing to give him a chance.